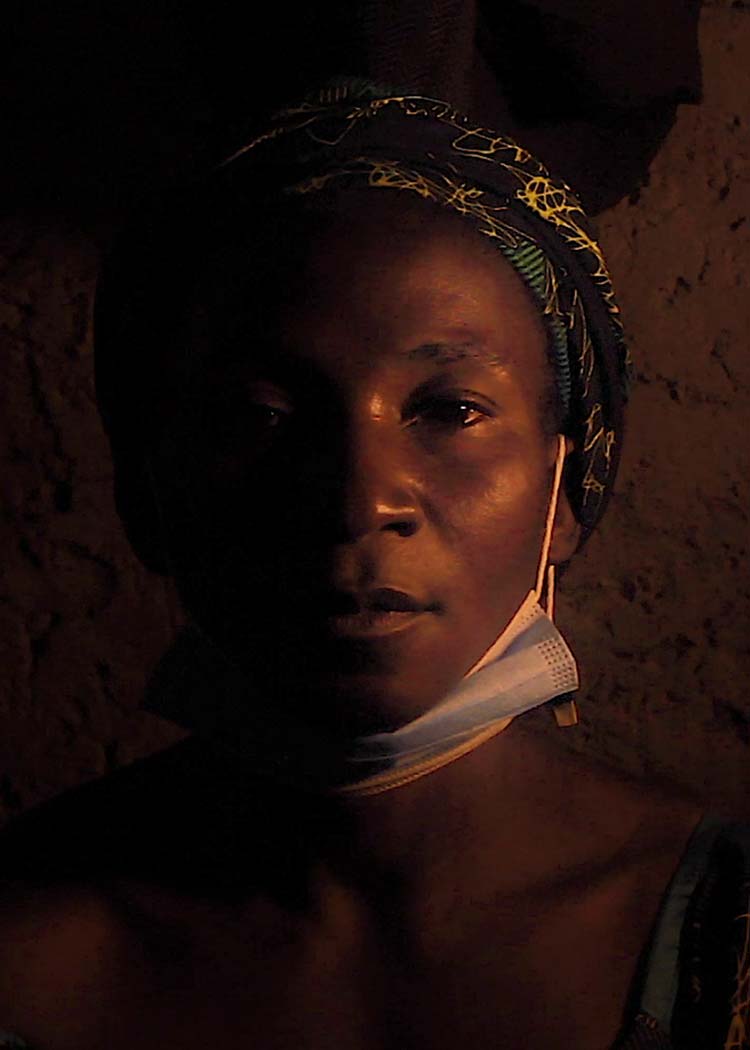 The dirt road to Chibob is the colour of burnt sienna, strewn with potholes filled with rainwater from the recent storms. Footpaths crisscross the village, worn from years of travel, connecting the small clusters of homes. Cornfields fill the surrounding countryside, and trees dot the perimeter before giving way to deep forest, a common sight in this part of Nigeria’s Middle Belt.

But in the midst of this idealist scene lies something darker.

Most of the roofs are missing from the villagers’ homes— the mud-brick walls are all that remain, covered with black stains of smoke and fire. The extremist attack left the village in ruins. But it wasn’t just the homes that were destroyed.

On the night of July 10, 2020, as the Fulani militants overtook the village, they killed anyone in their path, torched homes and ransacked food storages. The devastation is easy to see, but what you can’t see is perhaps the most devastating thing of all.

Not all Fulani are militants but are part of a peaceful, Muslim-majority nomadic group. But the impact of the few extremists is devastating, especially in Nigeria’s Middle Belt. Militant Fulani herdsmen kill and displace villagers and take over their farmland.

In many areas, it’s clear that Christians are specifically targeted. Churches are burned and Christian communities are brutally attacked while nearby Muslim communities—who largely live at peace with their Christian neighbours—are usually left untouched. The government has failed to stop the persecution of Christians in the region. Chibob is just one example of the conflict, and the cost to Christians is unthinkable. Hajaratu, a young Christian widow from Chibob, is one of these believers.

When the Fulani militants attacked Chibob, Hajaratu lost so much more than her possessions, grain stores, animals and parts of her home.

She survived the attack, but the gut-wrenching reality of life after that night has remained.

It’s a harrowing story to share, but it’s the reality for thousands of Christians like her across Nigeria’s Middle Belt.

When local Open Doors partners met Hajaratu, she sat outside her mud-brick house in front of her corrugated steel door, rusted from the rainy season and the hot Nigerian sun.

A clothesline stretched across the outside wall, where a light blanket, colourful dresses, children’s clothes and scarves hung. Her home had a roof, but the walls of nearby homes were blackened by the scorch marks from the attack. Her hair was neatly pulled back and hidden behind a blue-green headwrap called a gele.

Her husband, David Matthew, died of an illness in 2019, leaving her to care for her children on her own. “Honestly, the difficulties I face are numerous,” she said. For Hajaratu, finding work to pay for school fees, medical bills and food is always challenging. But her biggest trial came the night of 10 July 2020.

That night, Hajaratu sat with her neighbours under a tree before going home to prepare dinner and get the children to sleep. After the children were safely in bed, Hajaratu warmed herself by the fire’s hot coals and fell asleep.

“About two minutes later, I heard the gunshots,” she said. That’s when she woke up the children, telling them the village was under attack. “I flung my little daughter on my back, quickly strapped her (to my back) with a cloth and went outside to the gate.” Her other kids, old enough to run on their own, ran outside to join the rest of the people fleeing the village.

The shooting grew louder, and gunshots cracked and popped right beside her kitchen wall. “We all ran out, scattering in different directions,” Hajaratu says. “About two minutes later, I heard the gunshots… I flung my little daughter on my back… We all ran out, scattering in different directions,”

Hajaratu saw some people from the village running toward the river so she followed, hoping to get help.

“As I came to the river, I fell and got stuck in the mud. I left my shoes there, trying to escape. The shoes are still there today,” Hajaratu said.

She cried for help, but the other villagers were too far away. She pulled herself up, soaked and muddy, her daughter crying on her back, and finally reached the river. She didn’t know how to swim, but the river wasn’t full. It was a risk she had to take if she was going to survive. As gunshots cracked the air behind her, she stepped into the rushing water with her daughter strapped close.

The water grew deeper and deeper until Hajaratu reached the centre and began to struggle. “I reached the deep part of the river where I got submerged and began to drown. My daughter cried as I struggled to the surface.”

She lost her footing, and the force of the water pulled her under and away from the riverbank. Her head went under the water and back to the surface again and again. She struggled against the current. At that moment, Hajaratu thought she would die in the river, along with her daughter.

Somehow, she made it to the bank. She was gasping for air. It was at that moment, on the muddy shoreline in the dark, she discovered her daughter was gone. The river had taken the cloth wrap and her daughter along with it.

“I began to cry uncontrollably,” Hajaratu said. There was nothing she could do.

Eventually, Hajaratu pushed on through the bush in the dark, unable to stop her tears. She made it to a nearby town, where a man and wife who heard the gunshots from a distance took her in and gave her shelter for the night. It was a night filled with mourning and deep grief. “I began to cry uncontrollably,” Hajaratu shares. There was nothing she could do. The fast-moving river had stolen her daughter.

The next morning, Hajaratu went back to her village to see if she could find her other four children, desperately hoping they were alive. What she saw was devastating. Burned homes. No livestock. The bodies of neighbours – but she saw no sign of her children.

The smoke still lingered across the village when she, and other villagers, heard rumours of another attack.

Hajaratu left with the other survivors and made it to a makeshift camp for displaced people. She cried alongside others in her village and prayed someone could reunite her with her children.

“They were brought to me in the camp, and I hugged them, crying,” Hajaratu shared. “My fear was that they had been killed, even though I had not seen their bodies.”

One of her children asked where their sister was. “I told them that the river took her away,” she said. Her children began to cry, and she did her best to console them. 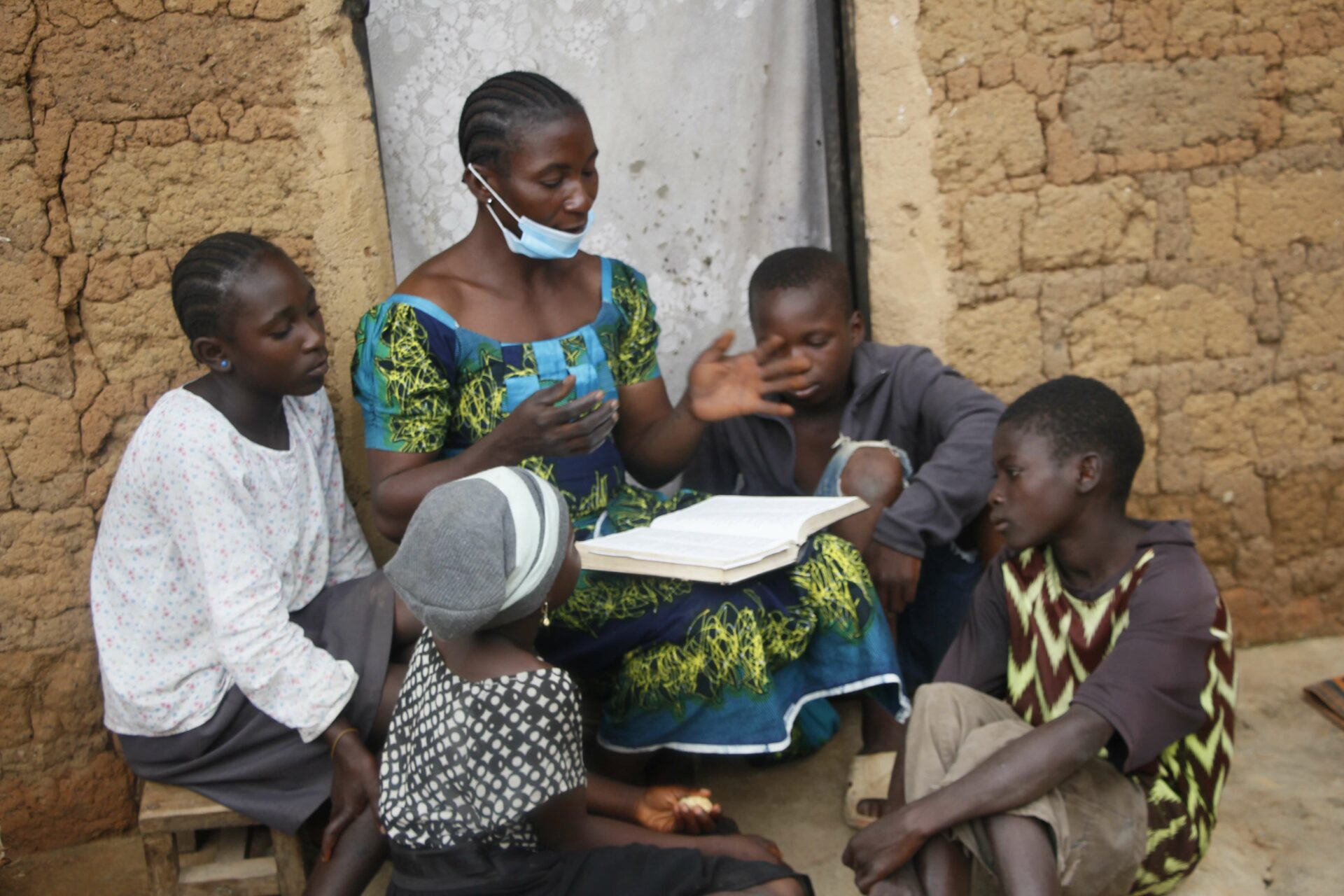 “I questioned God; why did He permit all these deaths to happen in Chibob—and especially in my family?”

The loss Hajaratu experienced rattled her faith. “I questioned God; why did He permit all these deaths to happen in Chibob – and especially in my family?” she shared.

She didn’t receive any clear answers, but she said she felt God saying it was the set time for those who died to depart this world. For now, this is what Hajaratu holds onto – a deep trust in God’s purpose and timing that she’ll never completely understand in this world.

Before this attack, Hajaratu said the Christians lived in peace with the Fulani herdsmen. Whenever they would lose someone, Hajaratu’s village would go to mourn and comfort them. And the Fulani would do the same for the Christians in Chibob. “Truly, we stayed in peace until this event occurred,” she said.

“Our constant prayer is that this type of terrible experience should never happen in Chibob again – nor to anybody,” Hajaratu added.

The ongoing violence in Nigeria’s Middle Belt is impacting thousands of Christians, just like Hajaratu. These believers desperately need both emergency relief and long-term support to recover from deadly Fulani attacks.

With the help of Open Doors supporters like you, Hajaratu received food relief with items like rice and corn to feed her children, financial support to rebuild and trauma counselling. The counselling has helped her a great deal as she continues to walk through the bitter grief of losing her daughter.

“I was greatly encouraged through the (trauma) program. I am saying a big thank-you even on behalf of those who attended,” she said.
“We are very grateful. The wisdom that God has given you to do this, may He increase it so that you can do more for others.” 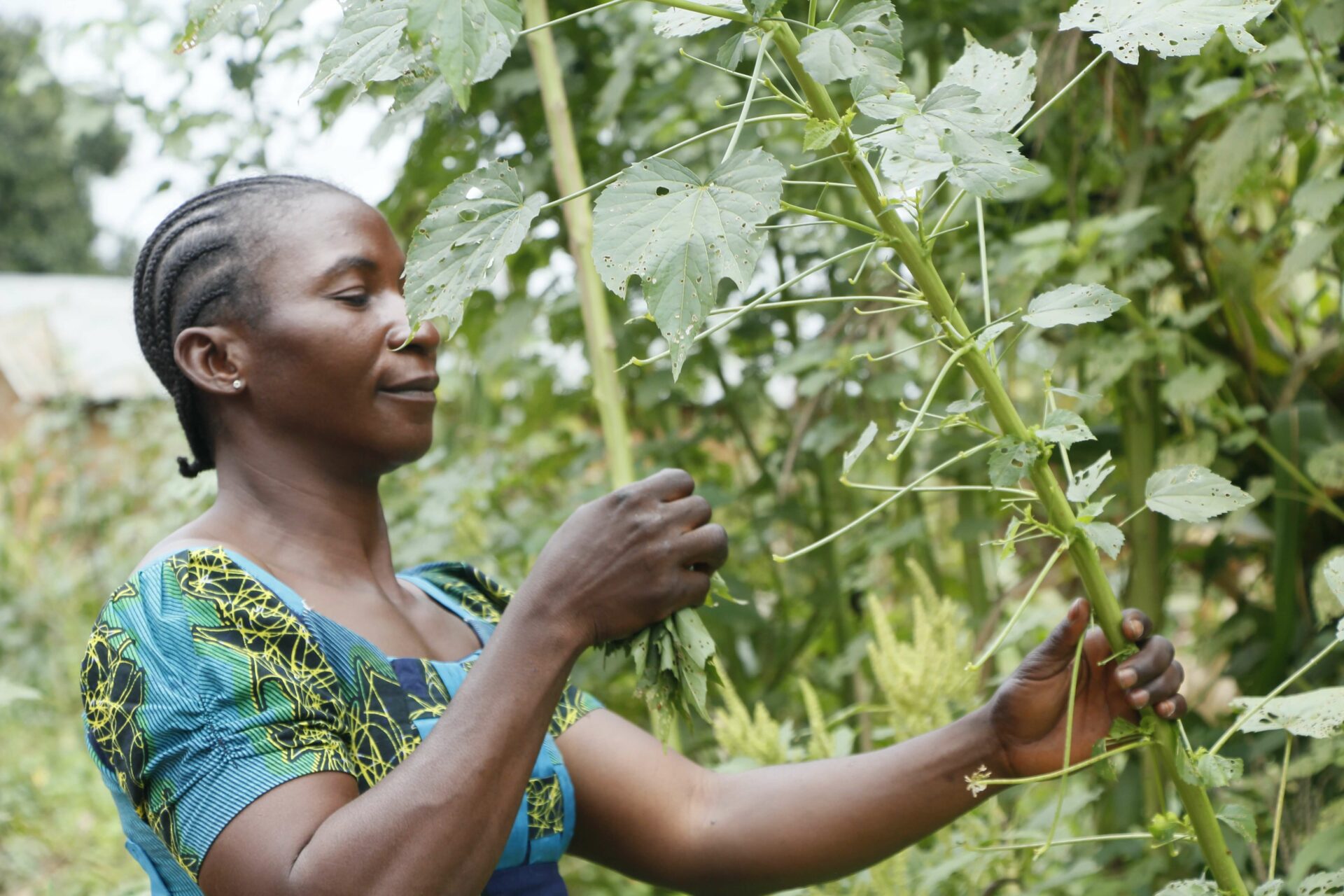 “I was greatly encouraged through the (trauma) program. I am saying a big thank-you even on behalf of those who attended. We are very grateful. The wisdom that God has given you to do this, may He increase it so that you can do more for others,”

Hajaratu has since returned to Chibob with her children. She continues to wrestle with the loss of her young daughter, but she’s beginning to find hope. As local partners finish their conversation with her, Hajaratu begins to separate corn into a large silver bowl. She’s singing as she works. The translation of the song’s lyrics unveils a wounded but worshipping heart:

You can help restore the strength and dignity of more women like Hajaratu with trauma counselling for just $50. Will you make a difference today? Christian women face a kind of double vulnerability, targeted for both their faith and gender.

$50 could provide a woman with trauma support and counselling from the after-effects of persecution, shame, and loss.

Faith-Filled Stories From The Persecuted Church