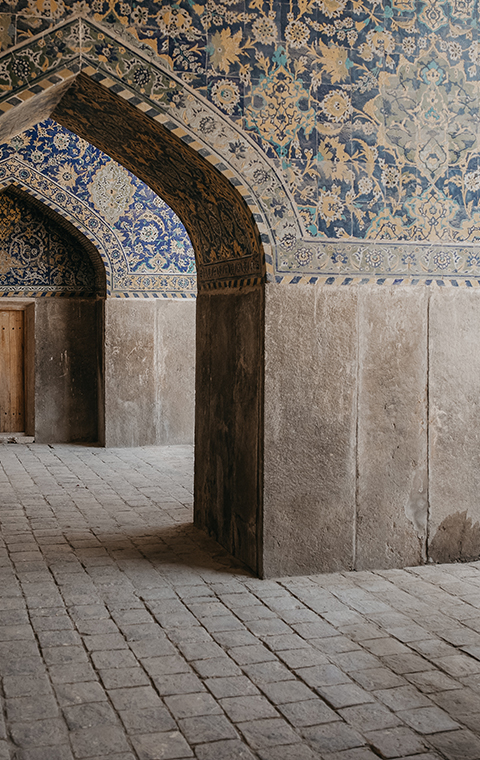 Meeting The Man In White

Growing up in Iran, Amin prayed five times a day like all other Muslims, repeating verses in Arabic in an attempt to talk to Allah.

But one day he began to question what he’d always been taught.

“If Allah is God, he should know that I am not an Arab – I’m Persian, I’m Iranian, and I speak Farsi, so why would he expect me to talk to him in another language, which is Arabic?” he recalls.

That moment was a revelation for Amin and prompted him to pray a prayer he’d never prayed before.

“God,” I said, “If you are alive, show yourself to me. I want to talk to you from the bottom of my heart and it doesn’t make sense to me anymore to speak to you in another language.’” A Dream And A Book

For seven days, Amin stopped praying and put thoughts of God aside.

But on the seventh night, he had a dream.

He saw a man in white. He had long clothes and long hair, white in colour.

When Amin woke up, he checked the time – it was 5am – and he heard his mother and sister crying in the bedroom.

He went to them and asked what was going on.

They said “We had a dream of Jesus Christ. A few minutes ago, we woke up.”

“I had a dream from Jesus Christ too – please share it with me,” said Amin.

Amin’s mother and sister shared their dream, and he bowed down on his knees and began to cry.

But the miraculous story wasn’t complete.

Five hours later, at 10am, a family friend knocked at the door. He walked in and placed a New Testament on the table and said words forbidden in Iran: “I want to talk to you about Jesus Christ.”

Amin’s mum said, “Why you are talking about Jesus today? Why didn’t you tell us before?”

And then she shared the miraculous timing of God.

“We had a dream last night from Jesus Christ.”

When she shared the dream, the friend threw himself onto the ground, crying. Amin and his family said, “What’s wrong with you? Get up and talk to us!”

He said, “You said that at 5am in the morning you had that dream, and at 5am this morning, I heard the physical voice of the Lord Jesus Christ. He said, ‘Get up my son, take my word and go to Amin’s house. They’re ready to hear.’”

This friend, a Christian, had wanted to bring a Bible to the family for a long time but had felt a wall between him and the door of their house, but now he felt bold enough to share the gospel.

As he gave them the life-changing news, they felt filled with the Holy Spirit.

“We all gave our heart to the Lord Jesus Christ, and we accepted him as our God and our Saviour.” For many years, their spiritual hunger led them to drink deeply from that single New Testament Bible, sharing it between ten people.

“We had to borrow it from each other. We couldn’t have it for maybe five weeks, for four weeks, for three weeks. That’s why we were digging into the New Testament and reading about Jesus, and I felt fed with the Holy Spirit.”

Amin’s family were connected to a couple from Tehran, who would travel nearly 1000km once a month to pastor them.

“I remember my pastor when he started to come, he got us Bibles and we started to learn. They brought a projector and we’d put worship songs on the wall, with the lights off.”

And although they could only pray and sing quietly – for fear of the police – their faith and trust couldn’t be louder.

“The Iranian Religious Police are really, really strong. But I can remember in those days, we didn’t have the fear of man, we had the fear and love of God.”

Amin started an underground church, meeting in secret once a month. And the family of secret believers began to grow.

“We shared the gospel with our relatives and friends. A few of them came to Christ, some argued with me and even wanted to punch me and hit me because of the demons.” Later on, Amin got a job at the National Iranian Drilling Company, as a petroleum engineer. Despite the risk, he started to share the gospel with his colleagues.

Unfortunately, one of Amin’s workmates took a photograph of Amin’s Bible and showed it to his boss, who forced him to resign.

My father said to me, “You need to leave Iran as soon as possible because they will report you to the authorities.”

Amin and his wife found themselves on a small fishing boat on their way to Australia.

The week after they left, Iran’s Religious Police came to his father’s house, asking for Amin. They said there was something that Amin has done against the Islamic Republic of Iran’s regime.

“If you have a different faith than Islam, they count it as rebelling,” he says.

Amin and his wife arrived on Christmas Island, after fleeing from Iran. After losing his own Bible on the boat, he started praying for a Farsi Bible.

“After I prayed, I saw a man and wife coming into our detention centre and I felt something different towards them. After saying hello, I asked, ‘Are you Christian?’ And they said, ‘Yes, we are. How did you know that?’ And I said, ‘I am Christian too.’”

They hugged and cried together. They were chaplains at the centre and the first Christians Amin met in Australia.

They were also the answer to his prayer.

“They said, ‘We have just one Bible left in our bag, and it’s a Persian Bible.’” They opened the bag and handed over a brand new, plastic-wrapped Persian Bible.

God had sovereignly brought them together.

Amin shared stories about God’s goodness in a Bible study with four people, that grew to 50 people who came to Christ on Christmas Island. These people continue to bring others to the Kingdom of God. After studying at Bible College, Amin and his wife planted a church in Brisbane – Grace Persian Church – and have gone on to plant three other churches in Melbourne, Sydney, and Adelaide.

Amin’s heart continues to cry out for the people of Iran.

“Iran is the fastest-growing church in the world right now,” he says. “But it’s in a very tough season.”

“I pray for the doors of Iran to be open so I can go back. I’ve been almost 10 years in Australia. I don’t have permanent residency. But Jesus Christ has not promised this world to us. We’ve got a destiny – we are passengers here.”

Amin’s story of miraculous conversion, faith, and persecution is echoed across the Middle East.

People arrested, beaten, and imprisoned for the crime of following Jesus Christ.

They need our prayer and support.

Help your brothers and sisters like Amin today. Your gift will help Christians in the Middle East, giving strength and support in the midst of their persecution. 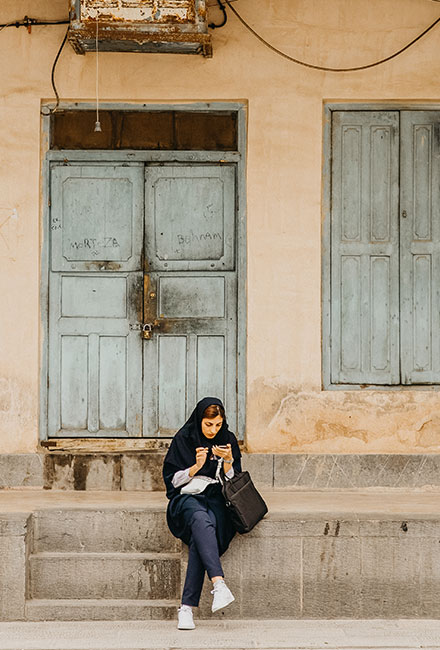 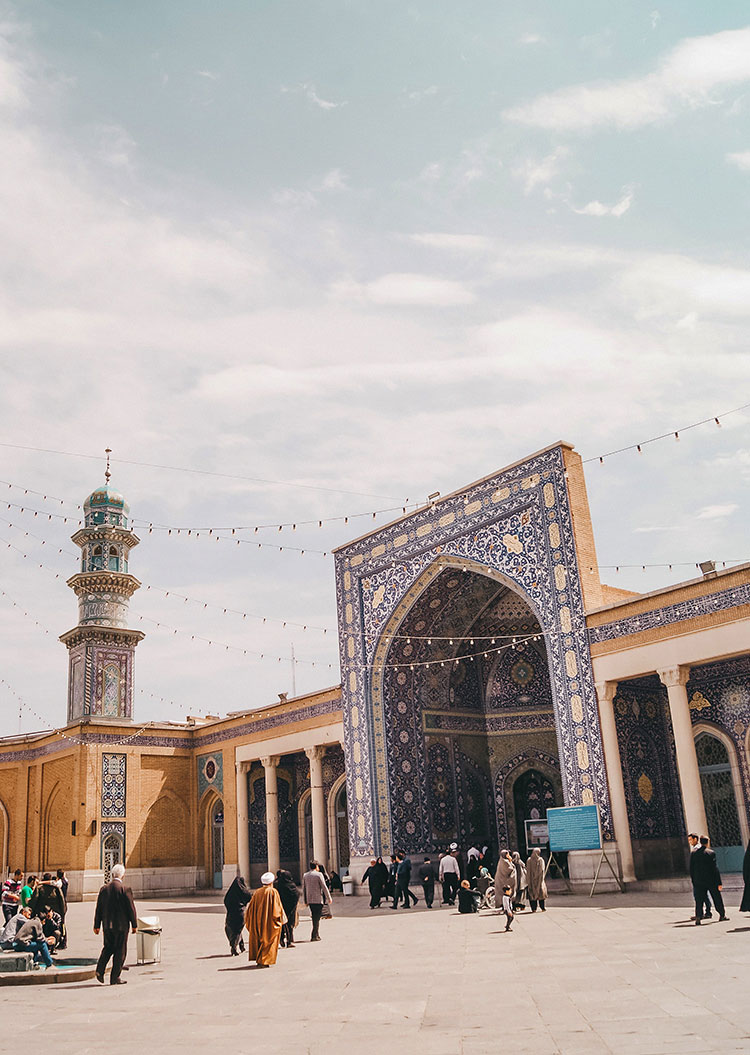 Help your brothers and sisters like Amin today. Your gift will help Christians in the Middle East, giving strength and support in the midst of their persecution.