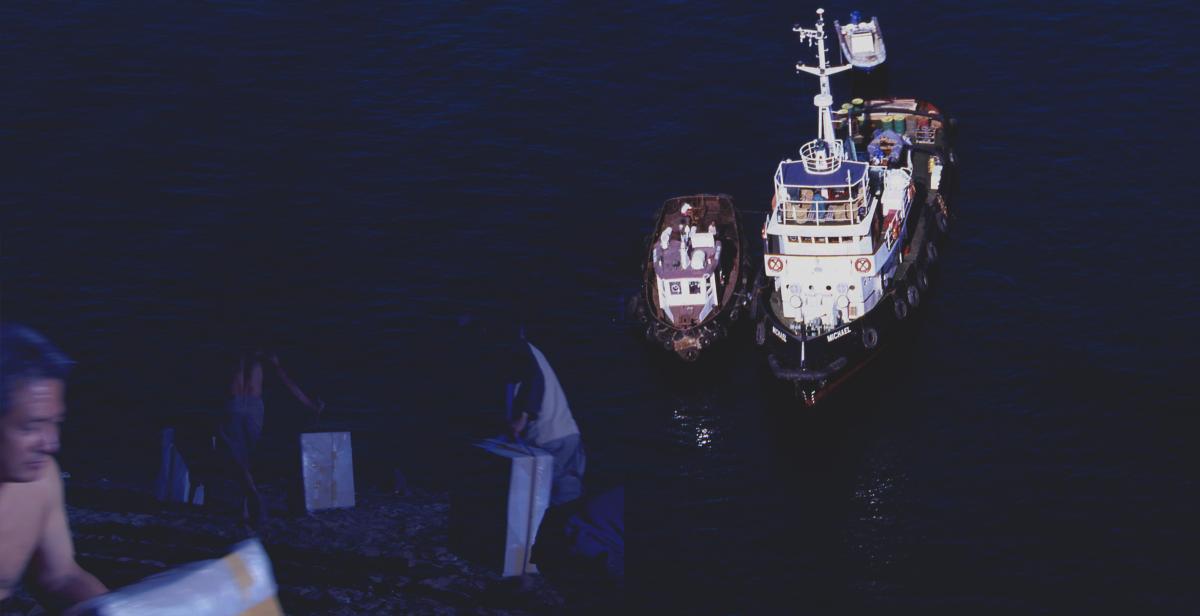 40 years ago, Open Doors smuggled one million Bibles into China in one night.
Time Magazine called it one of the most successful smuggling operations of the 20th century.

By 1981, Christians in China weren’t allowed to gather at church or own a Bible. Many were imprisoned, tortured, or even killed for their faith in Jesus.

A plan was hatched by Open Doors to courier one million Bibles into China overnight. It was called ‘Project Pearl’.

Christians across Australia and New Zealand gave $100,000 towards the secret project. Many of the crew of 20 had never been to sea, yet they stepped out in faith as they boarded the tugboat carrying one million Bibles.

Dean Keaney, the founder of Open Doors Australia, was tasked with the role of radioman to help signal the underground church in China as to when the Bibles would arrive.

On the shore, in the dead of night, thousands of Christians waited expectantly for the Bibles to arrive. As the boat drew closer, they jumped into the water, risking arrest just to get their hands on the Word of God.

Image: The team who committed themselves to the project, 1981.

Dean recalls the events that followed:

“The time had finally arrived for a very important message to be sent to the church in China. Pablo called me on the ship’s ICOM radio…The message to pass on [to the church in China] was that we were going to have a dinner party and were expecting many guests. Please prepare twenty-one cups of tea and cook eighteen bowls of rice.

“The numbers twenty-one and eighteen stood for the hour and date of the delivery–2100 hours on June 18, 1981, when there would be high tide and a full moon for the prearranged delivery at Michael Beach.

“When the tugboat and barge arrived, the message was sent to many local believers to come to the beach with the exclamation, ‘Treasure!’ Deuteronomy 33:19 says; ‘For they shall partake of the abundance of the seas and of treasures hidden in the sand.’

“Many Chinese believers waded out into the sea to help unload the 232 one-ton blocks of Bibles. Each of these blocks had 48 watertight boxes containing 90 Bibles.

Image: The Project Pearl tugboat which delivered one million Bibles to the shore of China, 1981.

“Chinese police came onto the beach near the very end and were throwing boxes of Bibles into the water. What they didn’t know was that God was watching and those very boxes started floating out past the breakwater and were caught by the current which then floated them towards the city of Shantou.

“The police also tried to burn the Bibles, but when it began to rain – putting the fire out – they just threw the open Bibles into the sea. As these Bibles began floating in the moonlight, the reflection of the white pages looked like fish to the local fishermen who quickly started hauling them in with their nets. Realizing they had something very valuable, they dried them out on their rooftops and began selling them back to the believers at very low cost.”

The smugglers delivered the Bibles into China, and the nation was flooded with the gospel. It was the most successful Bible smuggle of the 20th century.

Because of Christians just like you, China has never been the same.

Image: A church in Xian flooded with members and their Bibles, China.

40 years later, Bible smuggling looks a little different, though the risks remain. But so, too, do the rewards.

During Project Pearl, Chinese believers told Open Doors they were willing to die for one million believers to have access to the Bible.

What are we willing to sacrifice?