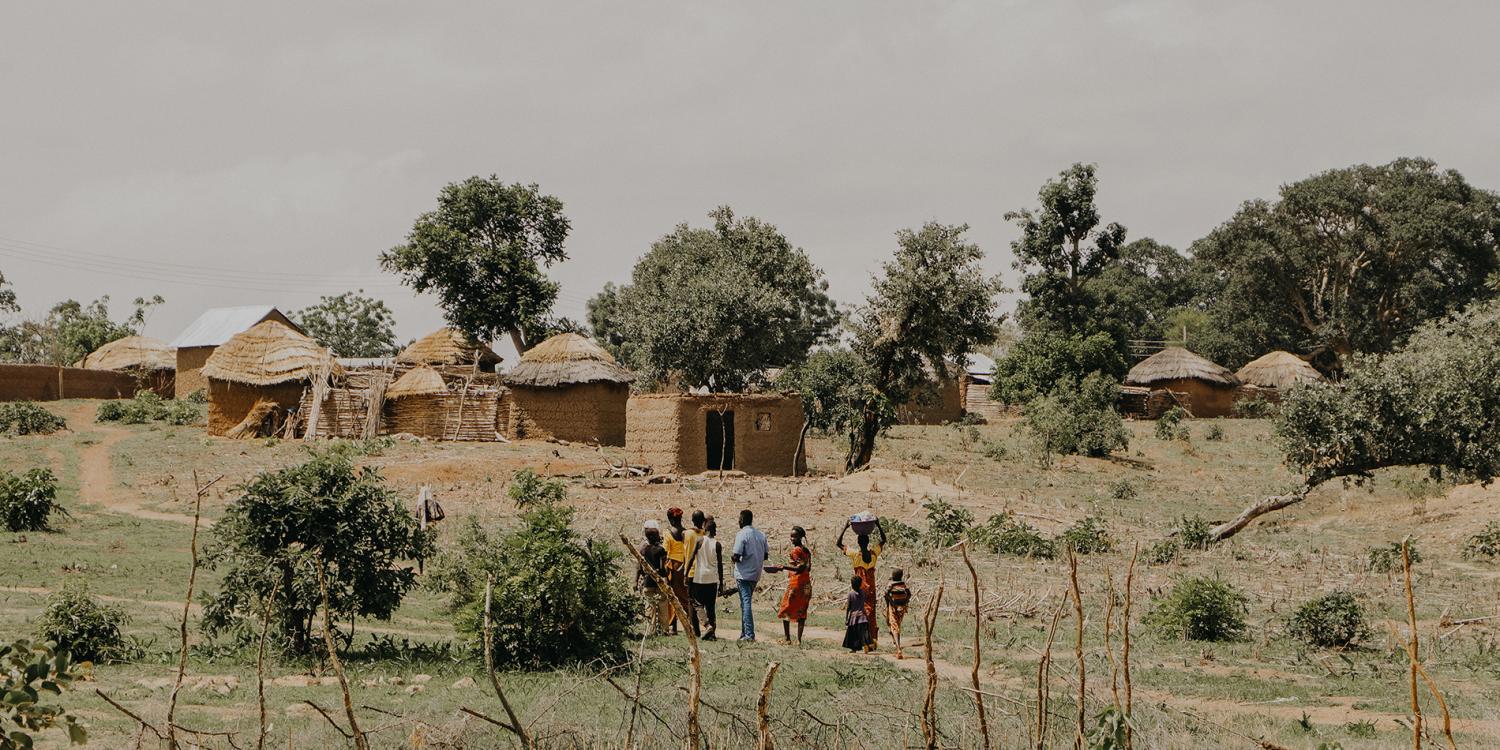 She Is Clothed With Strength And Dignity

The Sambisa Forest is known for its harsh landscape, predatory animals and vicious thorns. This is where 17-year-old Esther was dragged when militants assaulted her and a group of other young women. When the forest became a hideout for terrorist group Boko Haram, it’s dark and predatory reputation was only bolstered.

In October 2015, Islamic extremist group Boko Haram assailed the small Nigerian town of Gwoza where Esther lived. Her and her father heard the first gunshots and the following screams and began to run, but their house was already surrounded. The militants struck down Esther’s father, and she was left alone, defenceless, and worse still, female.

For men, a faith discovered in countries of high Christian persecution is likely to result in physical violence, imprisonment and economic harassment. Persecutors target them as leaders, protectors and providers in their communities, knowing that if they impair a man’s ability to perform these roles then his family is left vulnerable. As militants dragged Esther from her home, she watched her father’s fallen body, and this vulnerability was palpable.

Christian women in countries like Nigeria are caught at the intersection of two perilous fates: gender and faith. Unlike men, the primary weapons of persecution against women are forced marriage and sexual violence. Persecutors exploit the physical, legal and social subordinance of women as a means of coercing conversion, shaming families and preventing the spread of Christianity. Women’s bodies become the stage for Christian persecution.

Having brought the group of young women to the forest, Boko Haram attempted to coerce their conversion to Islam. This coercion began with the promise of certain privileges; when that did not work, the militants resorted to sexual and physical violence. The men would go out on attacks and return back to the camp and assault the women held there. Esther stated, ‘I cannot count how many men raped me’.

The violence enacted against a woman is not only a means of harming her, but of punishing her family.

It is common for a woman to be used as a hostage by extremists attempting to force her relatives’ reconversion.

Persecutors will sexually assault women in front of their husbands and parents as a way of coercing their denial of Christian faith. Beyond the trauma of these events, the widespread belief that victims of rape are impure makes sexual abuse an effective tool for bringing dishonour on a woman’s family. Women become outcasts on account of their abuse and their families are shamed by the community.

There are few weapons stronger than the force of shame. When Esther returned to her community in November 2016 after being liberated by the Nigerian military, this is the force she was met with. She was no longer referred to as Esther, but by the name of her abusers. The village labelled these women ‘Boko Haram women’, ostracising them from the community. They were feared as threats to the village’s safety and reviled for what they had experienced. Esther’s own grandparents rejected her. For every battle against internal trauma, there was a battle against external shame. The message on all fronts was that Esther was her abuse.

The identity of the father was impossible to determine. Not only was she mocked for and defined by her abuse, but so was her daughter. Instead of being called ‘Rebecca’, as Esther had named her, she was called ‘Boko’.

Unlike countless other women, Esther did not marry her abuser and went on to raise her daughter alone. Despite the pressure from multiple Boko Haram militants who wanted her as a wife, she managed to resist. In many cases, this resistance is not possible, with families, communities or the persecutors themselves forcing women to marry their abusers. In the eyes of communities, it is one of the few ways of mitigating the shame of being unmarried and abused.

Forced marriage is the most common means of persecution against Christian women. In 2021, 90% of countries on the World Watch List reported incidents of forced marriage. The term ‘forced marriage’ itself is somewhat sanitised. In truth, a Christian woman forced into marriage enters a life of sexual enslavement. Marriage becomes a legal and social harbour for persecution, as men are able to conceal sexual, emotional and physical abuse within the marriage contract. A woman’s freedom, dignity and faith are subjugated beneath the hand of her husband.

Not only is marriage used as a way of socially and legally oppressing the woman, but it becomes a preventative measure against the spread of Christianity.

A woman forced to marry a Muslim man must convert to Islam, or she faces even harsher abuse within the marriage. The marriage then also prevents the woman from passing her faith on to her children. This is not only prevented by her husband, but in many cases is prevented by law. In Afghanistan, for example, every child is registered as Muslim and required to participate in Islamic rituals. A woman forced into marriage is a faith silenced.

Esther has not remained silent. Following her return to society, she attended an Open Doors trauma care seminar and received practical and spiritual support. She participated in one activity in which trauma victims wrote about their experiences on pieces of paper that they then pinned to a cross. A leader then burned the pieces of paper, symbolising Christ’s victory over our shame and burdens. With ongoing counselling and her newfound faith, Esther felt free to live fully again and empowered to forgive those who had abused and rejected her.

She returned to her community transformed, a living testimony of God’s love in a village that eventually came to accept her. In 2019, Esther took her testimony further and joined a group of persecuted believers to meet with former US President Donald Trump at the Ministerial to Advance Religious Liberty. Her story of redemption and transformation is now widely known and is a testimony to the enduring grace of God.

Christian women in countries like Esther’s are used as pawns of persecution. Their bodies become a battleground on which persecutors assault the Christian faith using the weapons of violence and shame. Despite Esther’s faith being the reason for her persecution, it was this very faith that saved her. What the world condemned, God redeemed. Where the world saw weakness, God enabled strength. Where the world saw shame, God endowed dignity. While the world defined her by her abuse, God called her Esther – chosen, treasured, delivered.

‘She is clothed with strength and dignity, and she laughs without fear of the future.’ – Proverbs 31:25

The details of persecution explored in this article were sourced from the Open Doors International report, ‘Same Faith, Different Persecution: WWR 2021 GSRP Report’, released 1 March 2021. Open Doors is a non-profit organisation that supports the persecuted church around the globe.