“Your prayers have changed many things in my life. I received joy and peace in my heart. Please, keep on praying for me. It does bring change.”

– Salamata, whose pastor was killed in attack by Islamic militants The expanding influence of jihadist groups in Burkina Faso is having a catastrophic impact on Christians. Believers have been targeted and killed in villages, churches, and workplaces.

Hundreds of churches have been forced to close, with many having been destroyed. The threat from Islamic extremist groups has even spread to cities that were previously beyond their reach.

Meanwhile, in addition to being targeted by jihadists, Christians from Muslim backgrounds face enormous pressure from families and communities to renounce their faith.

In eastern regions where Islamic law is applied by extremist groups, women and girls are highly vulnerable to abduction. Across the country, sexual assault of women and girls is a common method of attacking Christian communities, with daughters of church leaders especially at risk. What Has Changed This Year?

Burkina Faso has risen from number 32 to number 23 on the World Watch List. Pressure and violence against Christians are increasing.

Jihadist activity is expanding, and many churches and Christian schools are being forced to close. The targeting and killing of Christians has created an environment of fear, with many Christians now too afraid to attend church services or send their children to school.

– That God will heal and comfort all those severely traumatised by jihadist attacks.

– For continued wisdom and provision for Open Doors’ local partners.

– For the protection of believers and local partners in the country. 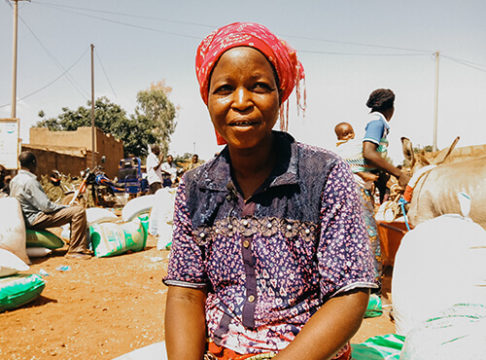